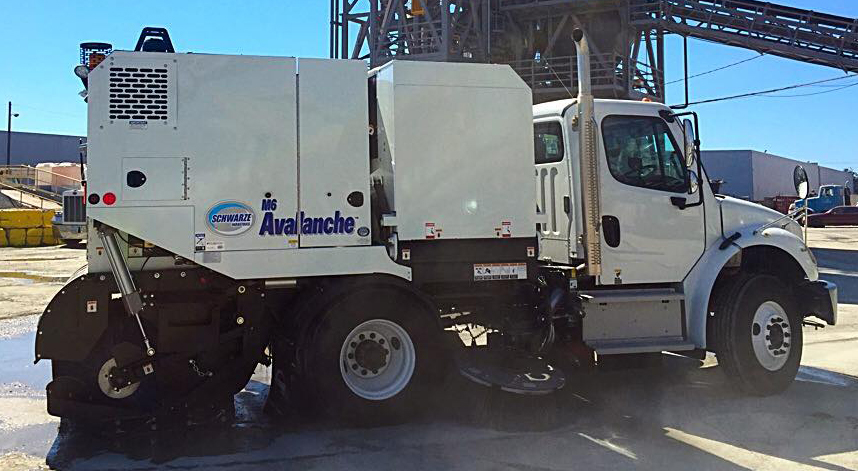 The Schwarze M6 Avalanche™ is earning its reputation as the premier heavy duty mechanical broom sweeper in the American marketplace.

The versatile Schwarze M6 Avalanche sweepers offer many of the design innovations that have become the Schwarze® hallmark. The Schwarze® Easy Change Conveyor System makes it a breeze to repair or replace a conveyor. Or go from a squeegee type to a belt type conveyor on the same machine. The free float, impact resistant, drag shoes take lateral impact from milling cuts, manhole covers and curbs and flexes back into place. 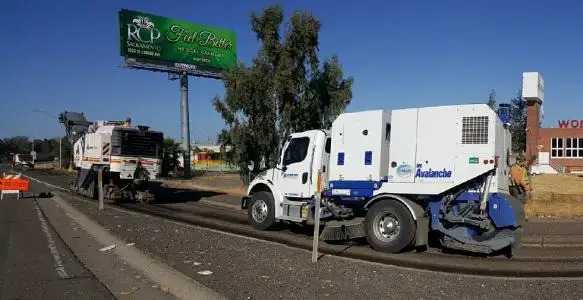 The company’s sweepers follow right behind grinders that are often covering 100 to 130 feet per minute.

Bryan Szeremi got started in the industry in 1998, working for his uncle and eventually buying his own machines. In 2003, he bought his first new regenerative air sweeper truck—an A7000 street sweeper from Schwarze Industries—and he never looked back.

Now the owner of Sacramento-based Szeremi Sweeping Service, Szeremi has since built a strong relationship with Schwarze and its local dealer, Municipal Maintenance Equipment. After replacing all of his Mobil sweepers with Schwarze’s M6 twin engine cabovers, Szeremi today has a fleet of 24 Schwarze trucks that his company confidently relies on for its cleaning services for the construction, residential and municipal industries. 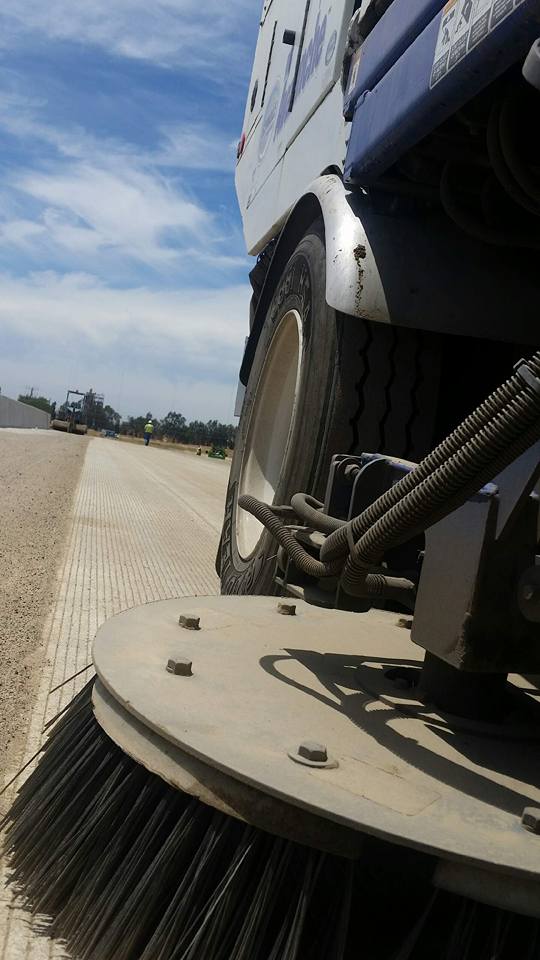 A common job for Szeremi Sweeping are mill and fill projects, where the existing surface layer on the road is removed and replaced with new asphalt. Cleaning the roads between these two steps is a key part of the process.

On these projects, Szeremi’s sweepers are following right behind grinders that are often covering 100 to 130 feet per minute, with a paving crew usually following right behind the sweepers. With such a delicate, time-sensitive process, Szeremi says Schwarze’s M6 machines allow them to keep up. He points to the variable controlled conveyor and broom speed and the speed of the dump cycle (just 45 seconds) as key attributes for the mill and fill application.

“It’s a very fast dump cycle, and every dump cycle counts,” he says. “We probably dump 15 to 20 times an hour if we’re really picking up some real thick stuff.”

Without an efficient dump cycle, sweepers can hold up the entire process, sometimes forcing the whole production to stop until the sweeper gets caught up. Keeping up is a big deal, and Schwarze’s M6 heavy duty mechanical broom sweeper allows Szeremi’s team to do that.

“When our contractors call and they tell us they’ve got a paving job or a grinding job, we lean on the M6. That’s what we have to put out there on those job sites to get that job done,” says Szeremi.

Besides milling and paving applications, Szeremi says Schwarze’s equipment allows his team to diversify into other applications. The equipment works well for heavy dirt trackout applications from construction sites, and the regenerative air vacuum is well suited for concrete plants that they sweep for fine dust particles.

“We also use it on job sites where there’s lot of dust issues in conjunction with the mechanical sweeper,” Szeremi says. “So we use both together at the same time, between the regenerative air and the mechanical.”

This flexibility allows Szeremi to adjust for any given situation. For example, if they’re working with really wet mud, they’ll usually use just the regenerative air. But if they’re working with heavy, caked-down mud, then they use both machines: the mechanical to carry the heavy particles, and the regenerative air to pick up all the fine particles.

Along with the low downtime, wide range of applications and overall quality of the Schwarze sweepers, Szeremi says the reliability of the machines is the top benefit. He also says that Schwarze itself has been a great longtime partner and is “there with us, all the way.”

Not only is Szeremi impressed with Schwarze equipment, but his clients are as well. His company is often out on jobs around the state of California and occasionally other areas of the western U.S.

“That’s what our customers like to see us bring out to the job site,” he says of the Schwarze sweepers. “It’s our go-to machine.”

I WOULD LIKE TO KNOW MORE ABOUT THE M6 AVALANCHE